Where to Find Good News About Commercial Lenders!

Jewett City Savings Bank in Connecticut has promoted Bill Couture to Assistant Vice President, Business Loan Officer. In his new role, he is responsible for developing smaller commercial loans and maintaining a client base of Commercial Real Estate and Commercial & Industrial customers.

Couture joined Jewett City Savings Bank in 2014 as a Small Business Lender. Prior to that, he served as Commercial Credit Analyst at Savings Institute Bank & Trust Company, where he was in charge of underwriting of C&I and Commercial Real Estate loans from $100M to $20MM. He began his banking career with People’s United Bank, where he was Assistant Vice President, Financial Services Manager.

“Bill is a Jewett City native, and will soon be moving back to the community his entire family has always called home,” commented Kevin Merchant, President and CEO of Jewett City Savings Bank. “His personal knowledge of our marketplace and his solid, successful background in commercial lending are a definite plus for local businesses.”

In addition to his career, Couture volunteers his time for various organizations. He is a member of the Quinebaug Valley Rotary Club, the Chamber of Commerce of Eastern Connecticut and Northeastern Connecticut, the Putnam and Griswold Business Associations, and the Norwich Property Owners Association.

END_OF_DOCUMENT_TOKEN_TO_BE_REPLACED

Money360, a commercial real estate online marketplace lending platform, announced that Peter J. Margolin has joined the business Midwest Regional Director. In this capacity, he is responsible for origination of loan opportunities, helping to grow the firm’s deal pipeline.

Throughout his career, he has originated more than $900 million in commercial real estate mortgages. His addition to Money360 is key to promoting the enterprise scalability of the platform as the company plans to double its nationwide operations this year.

Most recently, he served as Vice President at PennyMac Commercial Real Estate Finance, where he opened the first office for PennyMac CREF in the Midwest. Before that, he served in senior leadership roles at Centerline Capital Group, Arbor Commercial Mortgage, LaSalle Bank, and JP Morgan Mortgage Capital.

END_OF_DOCUMENT_TOKEN_TO_BE_REPLACED

He joins AFB&T from Citizens First Bank, a Synovus division located in Rome, Georgia, where he last served as Senior Vice President and Commercial Banking Manager. During his leadership, he was responsible for Citizens First Bank’s commercial banking division, leading the commercial lending team in all business development efforts and sales activities.

In 2010, McKnight joined the Corporate Commercial Real Estate Group with Synovus Financial Corp, and in 2012, was named Vice President of Commercial Banking. He started his career in 2003 at Columbus Bank and Trust (also a division of Synovus Bank). There, he served in a number of areas such as branch management, commercial real estate underwriting, commercial mortgage origination and commercial banking.

He’s been recognized as a member of the Synovus Chairman Circle of Excellence in 2013. This award honors team members for exceeding sales goals and making extraordinary contributions in multiple areas.

END_OF_DOCUMENT_TOKEN_TO_BE_REPLACED

Lighthouse Bank announced that co-founder Jon P. Sisk has rejoined the Bank as President. A veteran local banker, Sisk helped organize the Bank in 2007. He specializes in construction and commercial real estate credit and lending. 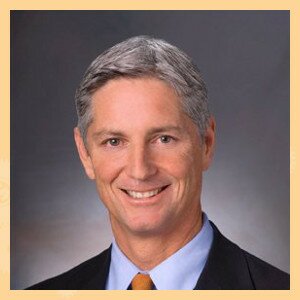 Sisk has more than 20 years of experience working for local and regional community banks in Santa Cruz, California. He joins Lighthouse Bank from Santa Cruz Bank, where he has served as Senior Vice President, Director of Real Estate and Construction Lending since 2013.

In addition, he is actively involved in the community, including spending 18 years as a member and former President of the Santa Cruz Sunrise Rotary Club. He is also a member of the Board of Trustees for Second Harvest Food Bank and is the co-founder of Jon & Ken’s Most Excellent Adventure, a 200-mile bicycle ride that has raised $1 million to support Santa Cruz High.

END_OF_DOCUMENT_TOKEN_TO_BE_REPLACED

Posted on January 6, 2016 in Capital‐Movements, CRE

Sierotko has nearly three decades of experience in the banking and finance industry.  He spent the majority of his career in leadership positions in commercial real estate lending and credit.

Most recently, he served as Senior Vice President and Senior Credit Officer for HSBC. Before that, he spent 15 years at Wells Fargo, where he last worked as SVP, Regional Credit Officer in its commercial real estate division. Previous ventures include BNY Mellon, Metrobank for Savings, and Lehigh Financial Corporation.

“We know that Walt’s extensive experience and expertise in commercial real estate, business development and credit will allow him to succeed in the growth of this portfolio and Provident Bank’s Commercial Real Estate Lending as a whole,” stated Donald Blum, EVP and Chief Lending Officer at The Provident Bank. “We are excited to welcome Walt and we wish him success in his new position.”

END_OF_DOCUMENT_TOKEN_TO_BE_REPLACED

Hunt Mortgage Group announced that Doug Vikser has joined the firm as Managing Director. Based in El Segundo, California, he will be responsible for generating business for Hunt Mortgage Group’s commercial floating rate bridge program.

Vikser comes to the company from Terra Capital Partners, where he served as Director of its Los Angeles office. Previously, he held a senior position at MSD Capital, and worked as a Managing Director/Portfolio Manager for a bridge loan debt fund at Prudential Mortgage Capital, where he originated bridge and mezzanine loans on a nationwide basis.

“Hunt Mortgage Group is continuing to evolve from an exclusively focused agency lender to one that provides a full range of commercial real estate finance services,” explained Bill Hyman, Senior Managing Director and Chief Production Officer. “To accelerate this evolution, we are making strategic additions to our sales force that are designed to expand our market reach and capitalize fully on our new financing capabilities.”

Hyman added that, “Doug brings a wealth of industry knowledge to his new role at Hunt Mortgage Group. We are confident he will play a big role in helping us reach our growth goals.”

END_OF_DOCUMENT_TOKEN_TO_BE_REPLACED

Sterling National Bank announced that it has hired Rainier Guanlao as Senior Managing Director and Team Leader of its new commercial banking team serving clients in the New York metro region. He and his team brings expertise serving a range of industries, particularly the commercial real estate and property management sectors.

Previously, he was a Vice President and Underwriter at Capital One for middle market clients in a variety of sectors. He has also worked with Sovereign Bank in its large corporate/gaming group and Fleet Bank/Bank of America in its middle market group.

“We are excited about the addition of our newest commercial banking team,” remarked David S. Bagatelle, President of New York metro markets at Sterling National Bank.

END_OF_DOCUMENT_TOKEN_TO_BE_REPLACED

Janke brings over 20 years of experience in the commercial real estate industry. She joins Capital One from U.S. Bank in Newport Beach, California, where she served as Vice President of Commercial Real Estate Lending. She was responsible for the origination and management of large and complex real estate loans for real estate operating companies, private developers, investors and REITs.

“Cathy brings a wealth of experience to Capital One,” commented Reichenbach. “Her market knowledge and track record of success make her a great fit with our high performing organization, and highlight our commitment to support our clients throughout the region.”

Janke looks forward to joining her new team. “I’m eager to help Capital One continue to grow and serve the Dallas region,” she said.

END_OF_DOCUMENT_TOKEN_TO_BE_REPLACED

Camden National Bank is pleased to announce that Mark Stasium has joined the business as Senior Vice President, Commercial Real Estate Lending Officer in Portland, Maine. In this capacity, he will work closely with existing commercial real estate customers to help them achieve their long term financial goals and will develop new business relationships throughout Maine and northern New England.

Stasium brings to Camden National Bank over 25 years’ experience in the banking and financial services industry. His areas of expertise include commercial banking, credit analysis, and portfolio management. Most recently, he served as a Senior Loan Officer in commercial lending at TD Bank.

“We are very pleased to have Mark join the commercial real estate team at Camden National Bank,” said Tim Nightingale, Executive Vice President, Senior Lending Officer at Camden National Bank. “He brings a wealth of experience, a history of building long-lasting customer relationships, and an understanding of Portland and the surrounding areas.”

Stasium earned a bachelor’s degree in Mathematics from Bucknell University, and an MBA from the University of Southern Maine. He and his family reside in Portland.

END_OF_DOCUMENT_TOKEN_TO_BE_REPLACED

Indianapolis-based Salin Bank & Trust Company announced that Terri Gill, CCIM has joined the business as SVP, Commercial Real Estate Manager & Community Banking Market President. In her new role, she is responsible for contributing to the success of Salin’s business and commercial real estate. As Market President, she will directly manage the Bank’s Community Presidents for the Lafayette and Columbus markets.

Most recently, she served as a Senior Vice President at Busey Bank. Before that, she spent 11 years at Fifth Third Bank, where she last served as Senior Commercial Real Estate Relationship Manager responsible for managing an extensive investment real estate portfolio. Previously, she spent eight years with Key Bank. She started her career as a management trainee at Merchants Bank.

Gill earned a bachelor’s degree from Indiana University Bloomington. She is a Certified Commercial Investment Member and is involved in the Indianapolis chapter of Commercial Real Estate Women.

END_OF_DOCUMENT_TOKEN_TO_BE_REPLACED

We would love to tell SBFI readers all the good news about you, your peers, company, accomplishments, awards, recognition or even notable deal flow.

Go ahead, tell us! Send us news releases, announcements, articles, clippings, emails or smoke signals, but let us know what’s happening in your sphere of influence so that we can pass the news along to others.

And feel free to add our address below to your regular information distribution list so you can keep us advised of what’s happening with you and your company.

SBFI was founded on the premise of providing sound, germane and principled information and resources to support and promote the commercial lending sector and its participants. We advocate for distribution of credit capital in a prudent, responsible manner that utilizes time-tested, regulatory compliant practices, which inures to the benefit of all stakeholders.