As reported by the American Banker, a recent court ruling rejecting an appeal by a Bank of America subsidiary could have negative consequenses for some fintech lenders who issue loans through banks in an effort to not be bound by state usery laws.

The decision involved the sale of charged-off credit-card debt by the BOA subsidiary, and 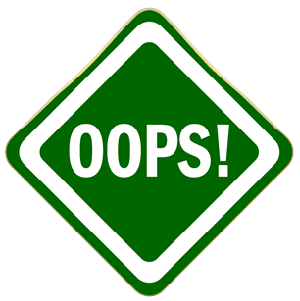 was issued  by a three-judge appeals panel in New York who found that the bank’s legal authority to charge an interest rate that exceeds state usury caps did not transfer to the debt buyer.

The defendants in the lawsuit petitioned the full appeals court to reconsider the ruling, and were joined by industry trade groups including the American Bankers Association, the Consumer Bankers Association, and the Financial Services Roundtable. In late June, the Second Circuit Court of Appeals denied the petition. It remains to be seen whether ruling will be appealed to the Supreme Court.

The broad ruling raises questions whether or not fintech lenders can issue loans through banks like WebBank, a $236 million bank based in Utah, which has no caps on interest rates, which are extended to borrowers in other states that may apply usury laws apply. WebBank can do so freely, since their standing as a chartered bank allows them to provide financing anywhere so long as it is consistent with it’s own state laws.

But fintech companies, such as Lending Club, Prosper and PayPal and others have relied on this capacity to fund loans in dozens of states with restrictions, with the full intention of repurchasing the loans afterwards for their own portfolio. This workaround meant that the fintech did not have to register to lend in many states nor comply with many restrictions implied by individual state laws.

According to the American Banker, during an August 4 earnings call, Lending Club’s CEO Renaud Laplanche disclosed that approximately 12.5% of Lending Club’s consumer loan volume would exceed state interest rate limits if the company were forced to obtain state licenses.

Lending Club, a peer-to-peer marketplace lender, serves to connect borrowers seeking to lower borrowing costs to lenders that generally buy into small portions of multiple loans. Their loans are facilitated with the borrower’s opt-in after acknowledging the effective cost of the loan ahead of agreeing to accept it.

The impact on these lenders will possibly be the requirement to register as a lender in the many states they currently lend in for future business, which is expensive and carries the burden of applying individual local limitations for all applicants that originate in the individual states.

This decision could also affect the sale of charged-off debt by banks, the private-label credit card industry and other nonbank lenders such as PayPal, which partners with Comenity Capital Bank on its PayPal Credit product.