While the SBA has been leading the charge to encourage more women to consider entrepreneurship and get full access to all the resources available to their male counterparts, SBA lending to women has realized only mixed results. An analysis of gender-identified loan approvals among the two prominent SBA lending products, the 7(a) and 504 programs, reveals that lending volumes have remained mostly stagnant between fiscal years 2009-2014. 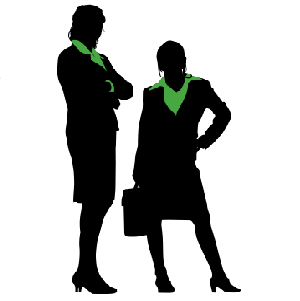 While the FY 2014 dollar loan total was the highest recorded in these years, at $6.3 billion, that volume only reflected 27.32% of that year’s dollar volume, while the women won  30.86% of the number of loans approved. In FY 2009, women were approved for 31.89% of all SBA loans, which translated that year to $3.6 billion. In other words, while the gross dollar volume of these loans is rising, as a percentage of the number of loans approved, women entrepreneurs seem to be stuck around 30%.

What does this mean for SBA lenders?

It’s important to point out information on the SBA’s website, that women own roughly one out of every four businesses in the U.S., meaning that these figures are well in line with the relative size of their demographic relationship to the economy: 25% of business owners getting approved for 30% of SBA loans (and 27% of dollar loan volumes).

While the approval rates do seem fixed, variances up or down only within the range of about four percent of annual dollar volumes or three percent of the number of loans, SBA lenders are apparently responding to this category of loans sufficiently. But it’s also noteworthy to recognize that this demographic is growing faster than the economy’s other participants, and may represent a growth opportunity for lenders who double down on lending to women business owners.

Women are starting companies at a torrid pace, according to an analysis conducted by American Express of Census Bureau figures. Between 1997 and 2014, the number of women-owned businesses in the U.S. rose by 68 percent, compared to a 47 percent increase of all companies.

“Women are becoming more aware of the opportunities for entrepreneurship in their lives. It’s becoming more of an option for a career move than it ever has been in the past,” says Susan Duffy, executive director of the Center for Women’s Entrepreneurial Leadership at Babson College. “Expect the numbers of women business owners to keep rising as younger women look to famous women as their role models.”

That sounds like a good target to grow loan business for someone.