Charles H. Green: I’m  speaking with veteran SBA 504 lender, Chris Hurn, who has recently launched Fountainhead Commercial Capital. Chris, congratulations on the new enterprise you’ve launched. What can you tell us about your business plan?

Listen to this interview on SBFI’s YouTube channel here. 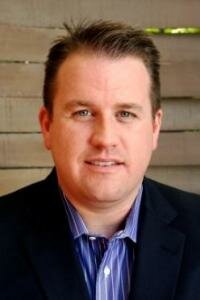 owners, from small to middle sized businesses. At the moment, we are in 12 states and we will soon be nationwide. We will not be merely interim lenders of the second mortgage piece. We’re actually going to be a third party lender on 504s. We will do ground-up construction and renovation.

We will soon have a wholesale program that we will be launching, again, initially in those 12 states. I think that is going to provide a really nice shot in the arm for the small business finance community because as you know the secondary market for 504s has shrunk over the last four or five years.

Charles H. Green: I know you’re assembling a team. Can you tell us about who is on board so far?

Chris Hurn: Sure. I’ve got four business development folks already. I’ve got a general counsel who is initially dealing with all of the legal matters of the firm but is also ultimately going to be, closing our loans. Earlier this week, I’ve hired my chief credit officer, a guy that a lot of people will probably already know probably one of the most experienced people in SBA 504 financing all-time, a guy who used to be at Zions National.

He was the credit officer there, his name is Steve Elsworth. Steve has done over $4 billion in 504 first mortgage secure amortizations. We also have a chief financial officer starting next week who is a CPA. He is a general contractor, a very experienced commercial and high-end residential builder who also wears the hat of a chief construction officer. So it is a lot of people right out of the gate, I guess. We’ve got a tremendous amount of deal flow, which we’re looking at.

Charles H. Green: Chris, you’re best known for the ongoing success of another company you have founded, Mercantile Capital Corporation, and you sold that company in 2010. How will this be different from your earlier company?

Chris Hurn: There are some aspects of the earlier company that I want to make sure to get back and start from scratch with at Fountainhead. We always had a great corporate culture, like a family. I love my former team and I hope to work with a lot of those folks again in the future.

But as I said before, we’re not merely going to do interim second mortgages, which is kind of what my old company has been sort of forced into a corner with. We’re going to be different from the beginning. Part of the reason why I am doing this is because I just didn’t feel like we could fulfill our full potential under the bank’s umbrella.

There is a reason, as you know, Charles, you’ve written a lot about how the rise of the alternative/innovative finance companies for the last four to five years since the recession. I just think that there is a lot of opportunity for a non-bank lender to make some of the reasonable credit decisions.

Charles H. Green: Okay. Let’s turn to the 504 program just a minute. Based on the remarks that I picked up in the House Small Business Committee last week, they apparently have no interest in renewing the CDC 504 refinance provisions that were allowed in 2011 and 2012. Do you think that this is a dead issue?

Chris Hurn: I sure hope it is not. It made up in roughly 13 months where it was truly operational after the agency had really put out exactly how it was going to work. It was about a third of the volume during those 13 months. It was a really good boost to the industry and most importantly, though, it really helped a lot of small business borrowers.

The regs were written in such a way that we can only refinance somebody who had previously gotten a conventional commercial mortgage, and they had to have been a performing loan for the preceding 12 months. So arguably, these are some of the best loans that the SBA has made in a long time. I don’t know of anybody who’s had a loss yet from any of those loans that were refinances back in the fiscal year of 2012.

You have probably seen some of the numbers like I have – the amount of the 10-year ballooning commercial mortgages that will be due in 2015, 2016, and 2017 are the largest amount that has ever been in the history. Not all of them will be eligible for SBA 504 but a disproportionate amount will.

It will be a real shame if we as an industry can’t get together and convince the folks on Capitol Hill that this is a great program and when you are able to have longer terms, you are able to give some cash back for legitimate business purposes from improvements that were made after closing and you are able to lock in lower interest rates that will create jobs which is of course always the issue about the 504 program. It is supposed to be about job creation and economic development. I think it is a great thing and you can be rest assured I’ll be championing this

Charles H. Green: The 504 program lending volume has sunk significantly since that short-lived refinance privilege ended at the end of the fiscal year 2012. In your opinion, what state picked up interest back to the 504 program?

Chris Hurn: Well. There are a couple of things. Part of it is refinancing – if we can get refinance back in 504, I think that will make an impact certainly. I think we are going to be entering into a rising interest rate environment. I don’t know when since I don’t have a crystal ball, but I suspect it is going to be sometime in the next 6 – 12 months. You will see some short-term interest rates rise, and when that happens, the difference of the 504 versus some of the other competing products out there, I think the 504 really shines in that environment.

But I also think that people who are in the industry have to understand that we need to collectively do a better job of educating the marketplace about this product. I’ve often called it the best-kept secret in commercial real estate financing. I also think the secondary market has dramatically decreased, roughly 90% from its peak in 2007 and 2008.

I know that there are a lot of good folks out there who are trying to bring some secondary market solutions to the 504 space and I think when you do that, I think there will be a demand. I believe that there are a lot of portfolios that a lot of lenders would like to be able to sell off, and when they do that, they will have some more liquidity, they can go out and re-lend as well.

But I feel like we’re starting at a good time and I do think you are going to see volumes increase from here. We will certainly going to try our best for sure.

Listen to this interview on SBFI’s YouTube channel here.

[The transcript of this interview was edited due to space constraints]

One Response to He’s Back: Interview w/Chris Hurn, Fountainhead Capital