There is nothing quite as enjoyable as forging a new business relationship—particularly one in which you have high hopes of earning a lot of money from. The first meeting sometimes ends in an almost business euphoria, where you begin calculating potential commissions on the drive back to the office. And for many lenders, these kind of relationships span years, well beyond a single transaction.

Think about the general condition in the relationship, when everything looks, sounds, and 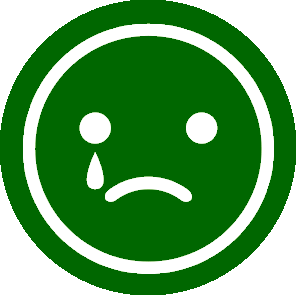 feels terrific, and accordingly you coast through the weeks and months of routinely working through the elements of a successful loan application or managing an account, not aware that there’s something that needs to be repaired. Or admittedly, maybe this relationship is not going in the direction you hoped for, or maybe it never was to be.

An experienced eye knows when a relationship is in trouble, possibly from the sound of client’s voice, or the degree of response to routine inquiries, there are usually telltale signs of distress that can be found.

Research performed at the University of Washington by Dr. John Gottman discovered four clear indicators of relationship failure (dubbed “The Four Horsemen of the Apocalypse”) so profound that they predict the future success of a relationship with 93% accuracy.

‘Four Horsemen’ of an apocalyptic relationship

The study labeled four elements of relationship dysfunctions as the ‘Four Horsemen,’ as a reference to the biblical symbols used to describe the end of times. These elements usually reveal problems for relationships of all types, so think about them in broader terms as well. These attributes represent the counterproductive acts that can easily enter into a relationship when emotions get the better of one of the parties.

As you review each of the ‘Horsemen,’ and consider its relevance in some of your businesss relationships, recognize that conflict itself is not a problem. There is ‘conflict’ in every business relationship, which is actually a normal and productive part of two parties with different needs and interests working together.

In fact, Dr. Gottman asserts that the amount of conflict between two parties has no bearing on the success of the relationship. It’s how conflict is handled that determines a relationship’s success, and presence of the Four Horsemen usually indicates that the conflict is not being dealt with constructively or productively.

When you see one of these elements introduced into a client relationship, you have your work cut out for you to save the relationship, or will likely some be seeing them leave for a competitor:

Criticism – Not to be confused with delivering feedback, or suggesting improvement or changes in the other party, the element becomes criticism when it’s no longer constructive (“The interest rate on my loan is much too high.”). In the most troubling form, criticism begins to focus on the individual rather than the specific action that the other party wants to change (“You must not be representing my application very well to the loan committee!”).

Contempt – Any open expression of disrespect toward the other party raises the specter of contempt, which often involves comments aimed to take the other person down a notch, or just provide a direct insult. Contempt can also be expressed in indirect forms, such as rolling eyes and layering insults inside humor statements that can be defended as humorous.

Denying Responsibility – When one party begins to only communicate with excuses, complaints and otherwise defensive responses to every suggestion, they effectively prevent any natural conflict from reaching a resolution. This kind of engagement from one party accelerates tension make it virtually impossible to resolve the underlying relationship issues.

Stonewalling – This trait is when the other party refuses to engage and often fails to respond to request in a reasonable timeframe or manner.