OnDeck Steps in Where Banks Shy Away

Online lending to small businesses is a nascent industry which has an outstanding loan capital of $10 billion, compared to $700 billion in credit assets held by the banking sector. But this alternative lending source is growing fast and OnDeck Capital, one of the major players in this rising technology-dominated sector, is expanding its portfolio exponentially. How? By exploiting its non-traditional business model, which relies on speed and  innovative credit appraisal techniques than those used by banks.

A recent article in Inc.com reported that OnDeck has made loans to more than 30,000 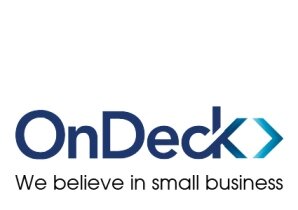 small businesses since 2007, and in 2014 originated loans totaling $1.2 billion, an increase of 152% from 2013. In the first quarter of 2015, the company’s origination volumes increased to $416 million, reflecting 83% growth over the prior year. The average APR that the company lends at is estimated 51.2%, which is a reduction of 10% from the earlier year.

An important reason for the rising volume of loans made by online lenders like OnDeck has been the reluctance of banks to extend finance to small businesses since the financial crisis. This reluctance stems from several reasons including the fact that, for banks, the transaction costs to service a $100,000 loan are the same as for a $1,000,000 loan. This makes loans to small businesses by banks an expensive proposition.

Since the financial crisis, banks have tightened credit underwriting to small businesses, which has resulted in lower lending to this sector. As reported in a July, 2014 working paper by Karen Mills, former SBA Administrator and currently a senior fellow at Harvard Business School, small business loans on the balance sheets of banks are down by 20% since the financial crisis, while loans to larger businesses have risen by 4% over the same period.

While small businesses may need weeks or even months to access funds when sourcing them from a bank loan, OnDeck tries make money available within a day through its online platform, which to them is a competitive advantage. The loans and lines of credit are uncollateralized and based on the subject business having a proven revenue track record, usually a minimum of $100,000 for at least one year.

Noah Breslow, Chief Executive of OnDeck has carved out a niche for the company in the low value segment of small business loans. OnDeck’s average loan size is $44,000 and small business borrowers are increasingly turning to the company because of its speed and credit appraisal method, which analyzes thousands of variables to arrive at an “OnDeck score” that is used to decide the loan terms.

OnDeck has performed well in the loan origination area and has also been successful in charging high rates for the money it lends. Time will tell if it can do equally well in controlling its loan losses and becoming profitable.