Shareholders Finally to Get Disclosure of CEO Pay

The Securities and Exchange Commission (SEC) adopted a final rule that requires public companies to disclose the ratio of the compensation of its chief executive officer (CEO) to the median compensation of its employees. The new rule, mandated by the Dodd-Frank Act, provides companies with flexibility in calculating this pay ratio, and helps inform shareholders when voting on “say on pay.”

The new rule provides shareholders with information to evaluate a CEO’s compensation, 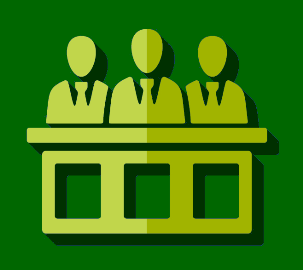 and requires disclosure of the pay ratio in registration statements, proxy and information statements, and annual reports that call for executive compensation disclosure. These disclosure rules go into effect for the first fiscal year beginning on or after Jan. 1, 2017.

Why does CEO compensation matter?

Companies get some flexibility in meeting the rule’s requirements, for example, by being permitted to select the methodology for identifying its median employee and that employee’s compensation. The rule also permits companies to make the median employee determination only once every three years and to choose a determination date within the last three months of a company’s fiscal year. The rule does not apply to smaller reporting companies, emerging growth companies, or registered investment companies.

After years of resistence, the adoption of this rule–passed 3-2 along partisan lines by the commission–is  a victory for shareholder rights advocates, who’ve been fighting for the ability of shareholders to check executive compensation. Why is that a concern for shareholders? Namely because they own the company, with some owning a larger share than the Board of Directors as a group, and most owning more interests than the CEO.

A study by the Economic Policy Institute found that from 1978 to 2013, CEO compensation, inflation-adjusted, increased 937 percent, a rise more than double stock market growth and substantially greater than the painfully slow 10.2 percent growth in a typical worker’s compensation over the same period. For all of the bellowing about “shareholder value,” the study reveals that the C-suites have provided themselves with outsized pay, grossly excessive compared to the gains delivered to company owners.

More shocking is when you consider that these statistics represent pay to the same executives who directly, or through proxies like the U.S. Chamber of Commerce, howl in opposition to any suggestion of raising minimum wages for the lowest rung employees.

What are they worth?

It goes without saying that for the high price tags, much is expected of these high-flying CEOs–and they get it. A compilation of CEO pay was provided by the NYTimes last year shows that pay packages and perks challenge the imagination as to what one would do with all the loot. There’s an accompanying story trying to reconcile that value to the companies, found here.

The ugly truth is that the tenure for the average Fortune 1,000 CEO is short, and their ability to deliver true long term value to shareholders is questionable. Compensation is generally determined by a board of directors, who themselves are CEOs or clubby members who often serve on a web of multiple boards with interlocking relationships. Sometimes expectations are not met and the price to start over can be steep–such as in the case of former Home Depot CEO Robert Nardelli, who was paid over $200 million to quit after disappointing shareholders while rival Lowe’s stock price doubled.

The new rule won’t instantly change any of these factors, but it will provide more open disclosure to company owners, employees and the world about what the corporate culture really is in the C-suite. This information which will empower them to more forcefully make changes where their values are not reflected in the companies they own or work for.

And more importantly, eventually stop over-paying those disclosed to be grossly overpaid for substandard performance.