If you’re an SBA lender–particularly one making a market in 504/CDC loans, October may be an important month of “do or die,” as the life support for the CREED Act of 2015 is looking dire. Why October? Speculation is swirling that like the continuing resolution passed a couple days ago to keep the government’s lights on for 60 more days, John Boehner’s last month in Congress may be the only hope for striking any grand bargains for a while. Afterwards, we may be in for another long winter of discontent on Capitol Hill. 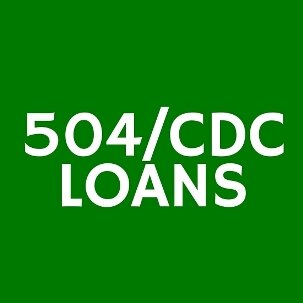 Sen. Jeanne Shaheen (D-NH) in April to amend the Small Business Jobs Act of 2010 by repealing the expiration of the authority of SBA to extend 504/CDC loans to refinance CRE loans.  Originally a part of the small business finance stimulus toolkit to boost economic recovery, inexplicably the authority for this provision was only granted for two years.

SBA took too long to issue rules for using the refinance authority, and effectively the product was available to the SBA industry for less than eighteen months. During that period, it was widely used and 504 volume finished FY 2012 at $6.45 billion, but has fallen off sharply since.

Since expiration, NADCO and 504 supporters have been trying to convince Congress to reinstate refinance privileges, but those efforts largely fell on deaf ears. Congress has been deadlocked since control of the House turned to Republicans in midterm 2011 elections, when more than 50 incoming freshman identified with the Tea Party coalition, a mix of extreme conservatives, anti-business and libertarian politicians.

The CREED Act picked up seven bi-partisan co-sponsors (three Republicans and four Democrats) ahead of sailing through the Senate Committee on Small Business and Entrepreneurship in early June, with no amendments. It’s been sitting on the Senate calendar ever since.

A companion bill was filed in the House by Rep. Judy Chu (D-CA) in early May, and has languished without being brought up yet before the House Small Business Committee, chaired by Jeb Hensarling (R-TX), who’s also bottled up legislation to renew the Ex-Im Bank’s charter. The latter bill is known to be supported by a bipartisan majority of the House. Chu’s bill drew an impressive 26 co-sponsor’s, but tellingly, they’re all Democrats.

So why is October important to 504 lenders? It’s very likely that should outgoing Speaker Boehner decide to clear the decks of unfinished and needed national business, this bill could very well get to the House floor for a vote.

If not, it will likely be toast until at least until 2017.