As demonstrated by the numbers cited in the lead story to this series (What’s Wrong With the 504 Program?), the CDC/504 program is in a rough patch. Program volume has fallen off for two successive years to the lowest point in the last ten years, except for the disastrous FY 2009, when all SBA lending hit the skids. The 7(a) volume has doubled since then, but 504 not so well.

Who’s to blame? Start with the struggling economic recovery. 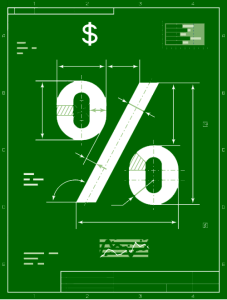 Lending is down nationwide. Whether it’s the lack of aggressive lending, fewer well-capitalized banks, regulatory pressure or whatever, banks have been generally slow to restore lending to small businesses since the financial crisis. Big bank, small bank, doesn’t matter. Statistics have been consistently erratic, but the volume has never approached the pre-crisis funding levels.

Borrowing is down nationwide. Whether it’s a consumer confidence hangover, risk-averse Main Street companies or the perception of tight-fisted bankers, small companies haven’t been requesting as much credit. And for the very qualified deals out there, it’s a bar room brawl among lenders to get the business.

According to Community 1st Bank’s Geoff Miller (Auburn CA), “There has been a precipitous drop in owner-occupied CRE deals overall, not just the 504 program. To call the economic recovery ‘anemic’ is generous indeed; rather I would say it has been widely sporadic in nature.”

This shortage has been pointedly distinct in the decreased volume of CRE deals. For one thing, our economy is downsizing its appetite for CRE. Many business owners are trying to use less space by using tighter spaces, embracing telecommuting and using  staggered shifts to lower property requirements. Big corner offices are out, tiny offices with more shared meeting spaces are in.

To be sure, signs are good that these low-demand trends are starting to lighten up and loan requests are growing steadily, but without a doubt, loan demand has been through a cold period.

Another key factor: Interest rates have been stuck in the basement for a record five years, with the Prime Rate at 3.25 percent. Remember what one of the strongest selling points of 504 financing has always been? Lower, fixed interest rates.

Alas, over the past few years, the spread between the fixed 504 debenture rate and conventional financing is not as wide as is used to be, meaning that for loans under $5 million, the rate advantages once held by 504 loans disappeared. This key benefit collapsed as loan demand fell and the rest is history.

In addition to the loss of competitiveness, persistent low rates have helped recovering lenders pick off plenty of 504 portfolios through refinances ahead of maturities, where rate differentials would now lower borrower cost. NADCO president Barbara Vohryzek cited recent SBA statistics that reflect that between fiscal year 2013 and 2014, the net number of debentures changed by only 95 accounts.

And the total portfolio values of 504 debentures was virtually unchanged, reflecting  the large number of debentures having being paid off, despite new debentures issued totaling $4.19 billion.

But Jim Hughes at Regional Business Assistance Corp. (Fair Lawn, NJ) is confident about the economy ahead.  “When borrowing rates for banks rise back to normal levels the difference between the two programs will return to normal levels,” he maintains.

Finally, it bears reminding all concerned that the secondary market for 504 senior loans is only about 1/10 of the volume it enjoyed in 2008. Zion’s Bank tightened their credit profile for these loans dramatically following the loss of CRE values and has never expanded their purchasing appetite since. Other buyers simply went away, other than the brief duration of the FMLP.

There are other initiatives in the works to garner more capital to fund a more active market, but success in this arena may not come until interest rates improve. There’s a new mutual fund in organization dedicated to buying 504 first mortgages, but banks will have to turn back to the 504 loan product for it to matter.

Tomorrow: Interfraternity Conflict: 7(a) vs. 504, and SBA’s Role