For the past two days I’ve been parsing the numbers and conditions in search of the complex root as to why the CDC/504 program seems to be in free fall (“What’s Wrong With the 504 Program?” and “Stimulus²: Longest Low-Rate Period Hinders 504 Program?”).

Yesterday the questions were all outward, but today they’ll turn inward as we explore perhaps 504’s biggest barrier: the 7(a) program.

As summed up by one CDC business developer who asked to remain anonymous: “The 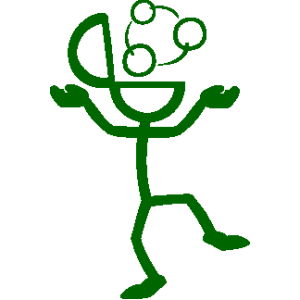 problem with 504 is 7(a).” He pointed out that the enhancements granted to the 7(a) program in the Small Business Jobs Act (2010) were made at the expense of the 504 program.

By increasing the loan size limit for 7(a) loans (along with 504 debentures), SBA changed the scope of 7(a) by making it a viable choice to finance larger CRE deals, an asset class that had been the exclusive purview of 504 within the SBA universe until then.

While 504 deals are now virtually unlimited to eligible borrowers, no one in the SBA world was ready to develop business in the lower-tier middle market, meaning companies looking for $5 million-$15 million, particularly the average CDC. But well-funded and agile 7(a) bank lenders had no problem making the leap from $2 million to $5 million, with a product much easier to sell and fund than 504 debentures.

According to Thomas USAF Group’s Mike Thomas (Atlanta, GA), “Most large banks don’t like 504 loans. With a minimum ten year commitment, those banks with unlimited resources give a token nod toward 504 because they prefer to keep loan maturities in the five to seven year range, which is consistent with the average life of a 7(a) loan.”

Some industry leaders grouse about several very large banks that have drifted into SBA lending since the crisis ended and offer 25-year fixed rate financing priced better than the combined community bank/CDC debenture can deliver.

That reticence about 504 loans may also extend to the ‘trusted advisors,’ or various referral sources who introduce new loan leads to banks and CDCs. According to Chris Hurn, founder and former CEO of Mercantile Capital (Orlando, FL), “Loan brokers would rather pitch 7(a) loans right now to take advantage of the outrageous premiums.”

To be sure, 7(a) premiums have been very strong, leading many banks once favorable to 504 loans to abandon them in favor of quick earnings from soaring premiums that were more badly needed following the capital depletion many banks faced after 2008.

Richard C Finneran Jr. of Citizens Bank (Sandusky OH) noted that “I had a deal that went 7(a) because our SBA LSP steered it that way, but looking back on it, I believe it would’ve been a better fit for the 504. The LSP benefited financially from the sale of the 7(a) loan (as did the bank) and I think that’s why they steered us in that direction.”

It’s that strong secondary market that also brings the comparative conversation back around to the expired FMLP. Another industry source who prefers to remain unnamed, cites the lack of a 504 secondary market as a significant cause of the program’s poor performance.

“Of the $19 billion funded in 7(a) loans, approximately $6.1 billion was sold on the secondary market. If that secondary market were eliminated, the drop in 7(a) lending would be catastrophic,” said this source.

And then there’s SBA.

SBA implemented perhaps some overdue reforms in the governance of CDCs in the aftermath of the shutdown of EDF Resource Capital. But with the newly emphasized importance of boards over members, some CDCs are chafing under the requirement to obtain expensive error & omission insurance and pay for financial audits.

Many industry observers also question whether there’s a weeding-out process currently underway by SBA? Some estimate that up to 60-70 licensees that generate only 1-3 debentures annually are targeted by SBA to be phased out. In the same breathe, they question whether it’s a broader statement about SBA’s commitment to the CDC/504 program.

The program’s charter included a mandate for ‘economic development,’ which led to many CDCs being organized as an arm of a sponsoring Regional Commission, county government or chamber of commerce. Many of these are in rural hamlets where there are no major bank branches, and that do not have dozens of deals to choose from each year. But these areas are empowered with their CDC to organize financing solutions for what opportunities do arise.

The sudden pivot to these new rules, which one rural CDC officer remarked will make “CDCs more closely resemble community banks,”  may effectively snuff out dozens of these smaller CDCs. Community banks have to have a compliance person designated to ensure they are operating within their regulations, and they can spread these costs over dozens of products. CDCs are a one-trick pony.

And at least one state is openly considering shutting down their CDC. The Certified Development Corp., in Charleston, West Virginia, may be on the blocks soon due to the cost of required audits and a mandatory full-time employee, counterweighed by a relatively small loan volume in the state.

And a more recent SBA barrier was brought to light by 504 closing attorney Barbara Lincoln, Kitchens, Kelley & Gaynes, P.C. (Atlanta, GA). According to Lincoln, SBA’s sudden determination late last year that any indemnity provision in any title document to which SBA may ever be a party to is in violation of the Anti-Deficiency Act, and will block 504 loans.

“This [finding] is  is absurd and just contrary to how business is done. They [SBA] think they have come up with a viable solution with the latest amendment form, but I think it is not a solution, it’s a temporary fix, that I think most 3rd parties will shy away from,” said Lincoln. “This issue has left much uncertainty in funding 504 loans.”

But perhaps the largest barrier can be summarized in the sentiments drawn from several conversations, “Sacramento is turning down a lot of loans.”

According to Bob Schraitle, ACCION Texas (San Antonio, TX), “Just about every bank we work with prefers the 7a to the 504. Why? Because of all the SOP changes, the SBA not being able to make up their minds on anything, and Sacramento Loan Processing Center (SLPC) is now being so difficult to work with, has just made it too much trouble for the banks.”

“They tell me straight out: Why would we want to go through that meat grinder on every loan when we can submit as a 7(a) and have it done immediately,” Schraitle continued.

Other CDC professionals refer to a leadership change at the SLPC in the recent past and the resulting change in underwriting. What was formerly a 3-4 day turnaround on credit decisions has routinely become 8-9 days. CDCs are languishing under many new spoken–and unspoken–changes to how debenture credit requests are reviewed.

According to one border state CDC vice president, “EB-5s might as well be off the table; they are not getting approved at all.”

When you juxtapose all these challenges to the concurrent program advantages held by the 7(a) program today–competitive loan limits, low rate environment, faster processing, robust secondary market, and zero subsidy–you have to be concerned about 504’s future.

If you put yourself in the place of the small business owner, who just wants funding in the most efficient manner possible, which program would you choose today for a $4 million project? SBA should recognize and address these disparities, but to date has demonstrated no inclination to cut any slack to the 504 program.

In the words of one industry veteran: I have been at this game for a long time and I have never seen SBA take such an adversarial stance against CDCs in my entire career.