“Since Michael joined the bank three years ago, his contributions have been many. This 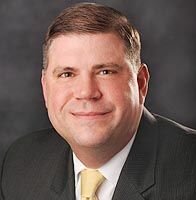 Spolarich earned a Bachelor of Science degree in Applied Economics and Business Management from Cornell University and an MBA from New York University’s Stern School of Business. He is also an alumnus of the American Bankers Association’s Stonier Graduate School of Banking.

Spolarich resides in Sag Harbor with his wife and three children.